The newest iPad Pro seems like a killer machine, and many reviews of it are quite positive. But a lot of reviews that I saw all came back with similar thoughts:

Everyone is expecting iPad to replace laptops at some point in the future. But what exactly are they wanting?

It seems the expectation is that, if iPad is the future of computing, that we’ll eventually not need laptops (and maybe desktops) because iPads will replace the PC category for what we do. Thus, iPads need to eventually do everything current PCs can do and more.

However, Apple itself gave a hint about that. And I don’t think any of that is a good expectation to have.

Here’s what Phil Schiller said in an interview with Charlie Rose for 60 Minutes:

Charlie Rose: Is there danger of one product cannibalizing the other product?

When I read that, I see each segment in its own tier, competing with the one above it. But it doesn’t imply that one category would eventually eliminate the others. It just forces each tier to keep improving. 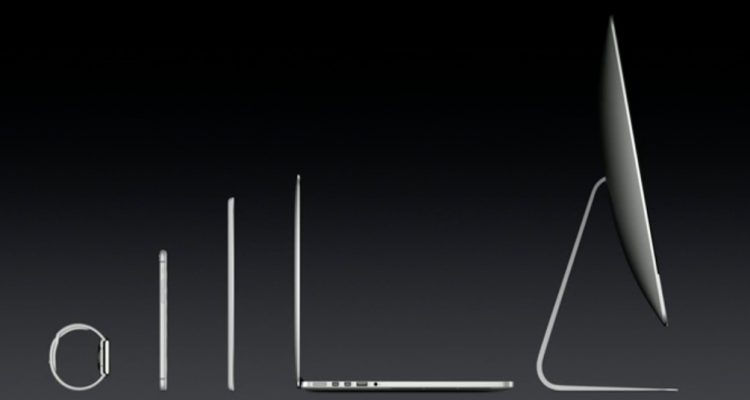 Let’s look at the notebook tier. You can split that into two segments: consumer and pro. How am I doing that? I’m basically looking at MacBook and MacBook Air, and comparing that against the MacBook Pro line. They all do similar things, but the Pro line has more power, more ports, and is typically used for a lot more work. But they’re all in the notebook tier.

In the iPad tier, we can simplify it between iPad and iPad Pro. iPad Pro gives you more capabilities and more features to do more work on it. The USB-C port in the new iPad Pro can enable a lot of new functionality now, and it has the potential to open up even more with iOS 13 and beyond.

Yet, it’s still an iPad. It’s on the higher end of the iPad tier, but it’s in no way meant to completely replace the MacBook Pro. Again, looking at Phil Schiller’s comments, it’s competing against the notebook. It’s not replacing the notebook.

This seems confirmed in The Verge’s review of the new iPad Pro:

(…) when pushed on the iPad’s limitations, the company insists that the iPad is still an ongoing attempt to build the future of computing, not a laptop replacement.

Sure, you can review the new iPad Pro against a laptop and see what it can and can’t do. But looking to see if it’s a complete notebook replacement is futile. Sure, it may replace a notebook for some people. If someone just used a laptop for email, news, and staying in touch with family, then an iPad can definitely do all that that person wanted a laptop for. But, implied by Phil Schiller’s own words, there will always be things that a notebook or desktop do better that can’t be done by an iPad. Always.

The notebook is essentially defending itself from constant attack from the iPad tier. It has been from day one. As each tier improves, so do the tiers they are competing with. iPhone and iPad eventually lead to the inclusion of multi-touch on the Mac line, which I think was a very important addition. Those kinds of influences will only continue.

But whether or not an iPad replaces the notebook tier for you has no relevance to whether or not iPads will replace laptops in general. They won’t. Apple has said it as part of their own intentions. And eight years of iPad history can prove it, too. Notebooks will remain. Desktops will remain. Their differences in UI/UX will remain.

Just like any advancement in iPhone doesn’t threaten the existence of iPad, or any Apple Watch can’t kill the iPhone market, iPad won’t kill the laptop. They’ll just keep getting better and better.

It’s all about survival.