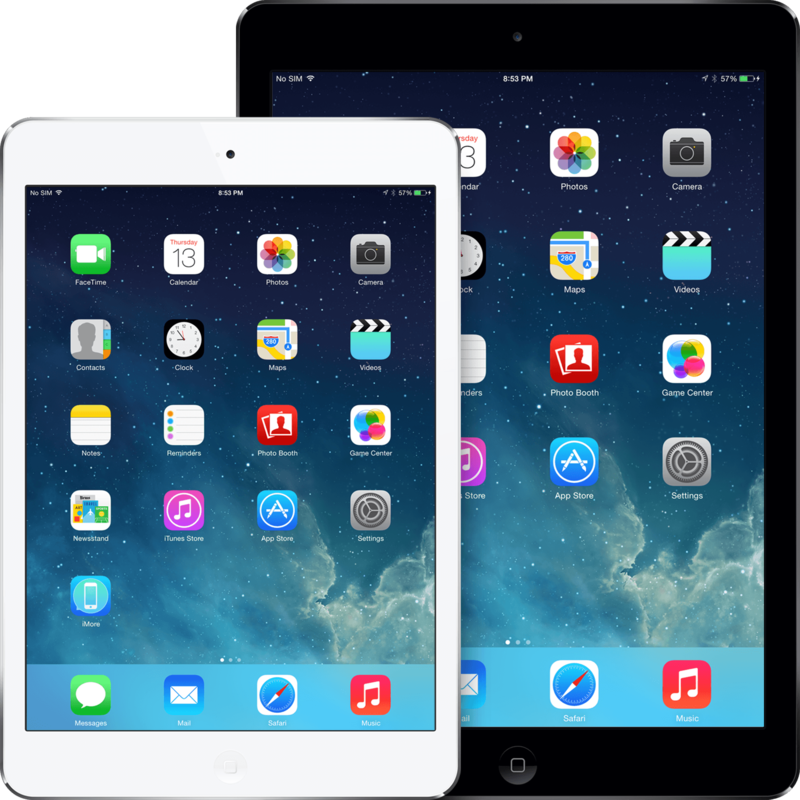 Now that we have seen the new iPhones, my thoughts have started to move ahead to the next likely update: iPads. Typically updated on a yearly cycle, the iPad has continued to receive refinements that continue to perfect the device.

Right now, the iPad lineup is strong with the thin and powerful iPad Air and its smaller sibling, the iPad Mini with Retina. If we’re to make any predictions about what is to come, I think we can safely say the next generation of each of those devices with be iterations on the existing models. (( Very rarely does Apple introduce a device and not create an upgraded iteration in the same design. ))

There’s also something new that is rumored to come with the next iPads (or a future iPad Pro): the option to run two apps side by side. Some have wondered how such a feature could operate. Now, I think I have it figured out. (( Because, obviously, I know these things. Okay, no, I don’t. I’m just guessing. But am I close? I’d love to know! ))

On the new iPhone 6, due to the larger screen size, Apple introduced something called “Reachability“. By double-pressing (not clicking) the home button, the top half of the screen moves down to within range of the user’s thumb. This is only possible due to the Touch ID sensor, which can respond simply by a finger being on the home button yet not clicking it.

On an iPhone, this makes sense, as the iPhone originally began as a one-handed device. But what about iPads? They have never been designed for one hand.  The next generation of iPads are rumored to include Touch ID.  Obviously, this could allow for increased security on an Apple, as well as the inclusion of Apple Pay. Could Apple also include a new feature for the double-press interface on the iPad? What could it be? Hmm…