Rumors of Apple’s foray into new product categories don’t seem to stop. For a couple of years, the gossip was surrounding Apple developing some kind of smart television. While we haven’t seen any iTV yet, there’s still a good chance they are working in that area of interest.

Something more recent but no less talked about is Apple’s interest in wearables. The so-called iWatch has become another hot topic, one that possibly could have lead to Samsung running out of the gate with their ‘smart watch’. While Samsung may be first to releasing a watch with a mobile OS crammed inside, I don’t think Apple’s efforts will resemble their competitors’.

Apple doesn’t go into a product category without much thought and planning. Anything they release is held up to high standards. In terms of a wearable, it would need to provide a useful function in a well designed body while providing a battery life that makes it as useful (relatively) as a normal watch. It won’t just be a smaller touch screen running iOS and trimmed apps. They will want a product that touches people’s lives.

For years, Apple has offered support for the Nike+ line of products. With just your iPod or iPhone, you can read data from a Nike device and log a workout or physical activity. It’s not something that is often talked about at Apple keynotes, but it’s still shows an interest in health and fitness. Oh, and did I mention that Apple CEO Tim Cook is on Nike’s Board of Directors?

Tim Cook himself also has an interest in fitness. One CNN article even described him as “a fitness nut”. What might a fitness nut in charge of one of most well known technology companies want to create? 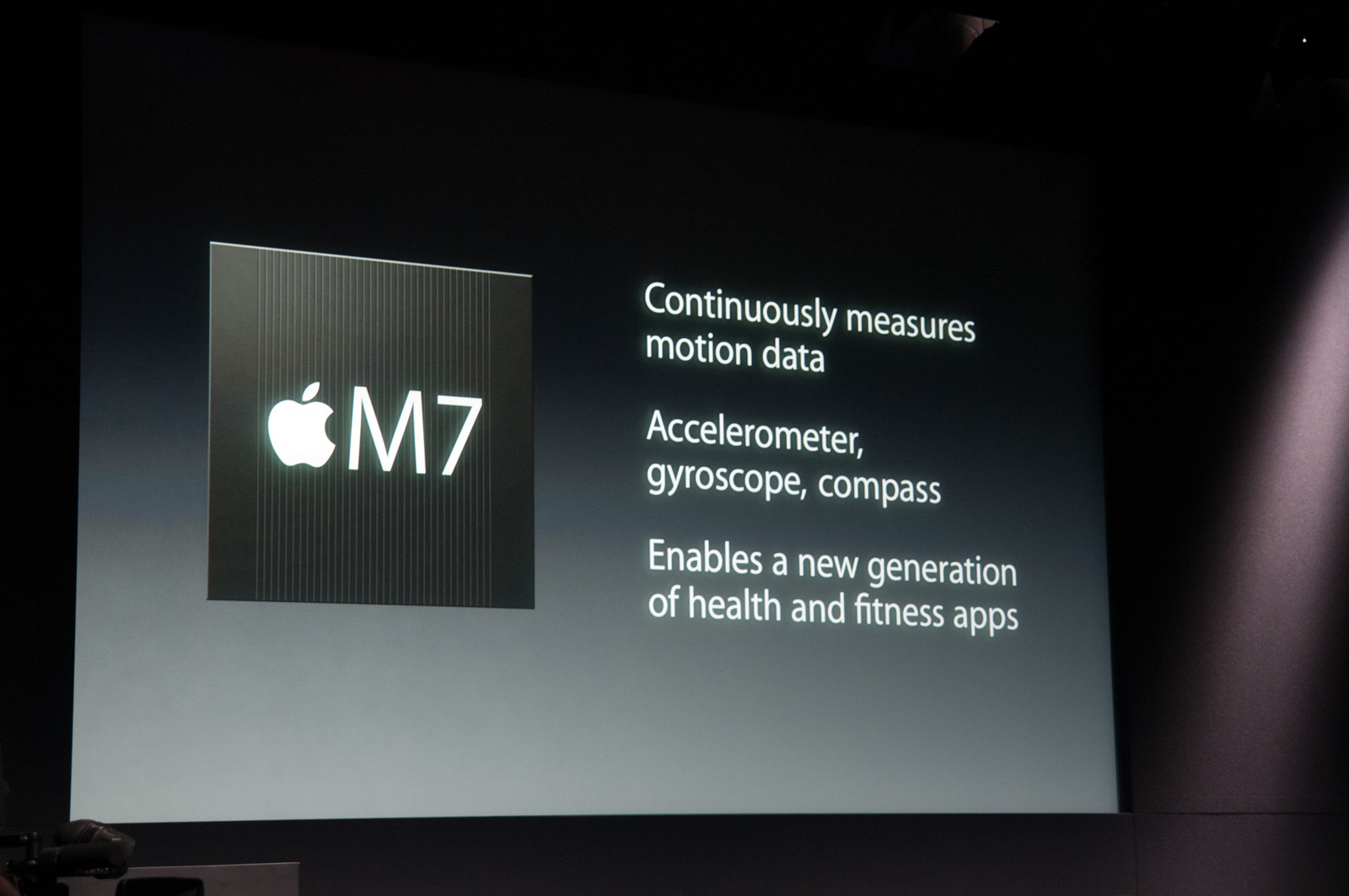 I think there’s an important key also to be found in the latest technology found in the iPhone 5s: the M7 motion coprocessor. The M7 allows the iPhone 5s (and undoubtedly future mobile devices) to continuously measure and process motion data from the compass, accelerometer, and gyroscope. Even during in the iPhone keynote and the unveiling of the M7 coprocessor, it was described as being able to enable “a new generation of health and fitness apps”.

Will it also be able to usher in a new generation of health and fitness devices, too? I for one think that this is the direction Apple is going with the wearables category. And the rumors regarding who might be working on such a device lend some credence to that.

Of course, nothing is certain until Apple announces it. But I am definitely thinking that, whatever Apple’s iWatch becomes, it will not just be a watch with an OS. It will track your health, your motion, and be a new fitness companion that will compliment, rather than compete, with your iPhone.